You are here: Home

BAYBAYIN is an annual independent international open access peer-reviewed journal. It is an independent journal that was founded by a group of scholars from Southern Tagalog region in the Philippines who are affiliated with different universities and colleges in the country. This had been realized so as to encourage eclectic academic dialogues and promote researches, creative works and book reviews by local and international authors with special emphasis on Tagalog studies, Philippine studies, Southeast Asian studies and Filipino philosophy. It is an international journal in terms of acceptance and publication. In terms of acceptance, it invites scholars from different parts of the globe with restrictions in using English and Filipino languages. In terms of publication, it adapted an online research model in terms of research dissemination and knowledge distribution. As an independent international journal, Baybayin supports open access movement for it envisions itself to provide scholarly works and publications in its free and non-commercialized nature. Thus, Baybayin publishes for free and can be accessed without any subscription fee. Our published papers can be used, reused, distributed, transmitted and displayed publicly, in any digital forms for any responsible purpose, but with proper attribution to its authors and attribution to Baybayin as its publisher.

We have chosen BAYBAYIN as a name of our journal because of two reasons. First, the name BAYBAYIN is indeed true and sincere with its name for we envisioned this journal to be an avenue in promoting the abovementioned disciplines. The word baybayin is the ancient script form of writing in the Philippines that had been lost due to the long period of Spanish Colonialism. With its name, we would like to further rediscover our authenticity and identity that had been lost because of western hegemony. Second, the word baybayin is also an ancient form of research methodology. Baybayin would mean two things. First it would mean a meticulous exploration in seeking new knowledge. In this case, if one is doing ‘baybayin’ or better still if he is ‘namamaybay’, it means that he/she is meticulously analyzing the data that had been given to him/her. Second, in urban communities the term ‘pamamaybay’ would mean that the person who will do such will have a very important announcement to the community. It would mean that he/she is doing that because there is a public convention and public discourse on certain issue/s. On the other hand, there are some who are also doing this to invite the members of the community to be gathered so as to share into a celebration of very important events in the family. 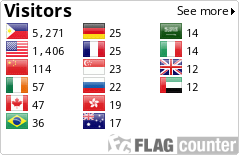